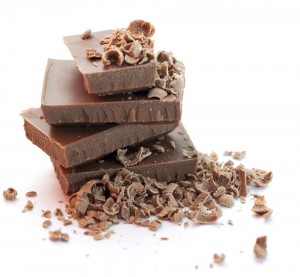 If you’ve ever doubted the magnificence of chocolate, you should know that the cocoa tree from which it comes is scientifically known as Theobroma Cacao, meaning “food of the gods” in Greek. Despite the many years of belief that chocolate tastes too good to be healthy, studies show that the sweet treat can actually help fight illnesses like heart disease.  As an added bonus, research also shows that the husk of the cocoa bean contains cavity-fighting properties. To celebrate, Dr. Ganjoor and the staff at Celina Family Dentistry bring you these fun chocolate facts. Enjoy!

As interesting and healthy as chocolate is, you should still practice moderation in your indulgence. Too much chocolate can negatively affect your physical and dental health. For more information on nutrition and your oral health, schedule an appointment with Dr. Angela Ganjoor at our Prosper dentist office by calling (214) 851-0130. We serve patients of all ages from Celina, Prosper, McKinney, Frisco, Anna, Pilot Point, and the surrounding areas.