To Our Dear Patients

We hope this letter finds you and your family in good health. Our community has been through a lot over the last few months, and all of us are looking forward to resuming our normal habits and routines. While many things have changed, one thing has remained the same: our commitment to your safety.

Infection control has always been a top priority for our practice. Our infection control processes are designed and observed so that, when you receive care, it’s both safe and comfortable.

Our office follows infection control recommendations made by the American Dental Association (ADA), the U.S. Centers for Disease Control and Prevention (CDC), and the Occupational Safety and Health Administration (OSHA). We follow these agencies closely so that we are up-to-date on any new rulings or guidance that may be issued. We do this to make sure that our infection control procedures are current and adhere to each agencies’ recommendations.

You may see some changes when it is time for your next appointment. We made these changes to help protect our patients and staff. For example:

We look forward to seeing you again and are happy to answer any questions you may have about the steps we take to keep you, and every patient, safe in our practice. To make an appointment, please call our office at 214-851-0130 or visit our website at www.celinafamilydentistry. com

Thank you for being our patient. We value your trust and loyalty and look forward to welcoming back our patients, neighbors and friends. 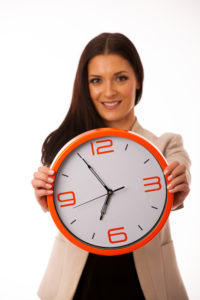 Have you spent years feeling insecure because of alignment issues with your smile? From gaps between teeth, to overcrowding and underbites, alignment problems can post both functional and cosmetic problems. Many adults wish they had worn braces as teenagers, to correct these and other alignment issues. Yet they are hesitant to speak to their dentist about having orthodontic treatment completed as adults, for fear they will be the only people in their workplaces with what was once called a “mouth full of metal.” If you want a straighter smile without committing to years spent in traditional orthodontic gear, it’s time to talk to your dentist about what FASTBRACES could do for your smile!

When FASTBRACES Are a Great Option

FASTBRACES are similar to traditional braces, in that they can help correct many of the same issues, including underbites or overbites, general crowding, gaps or crooked teeth. However, unlike traditional orthodontic work, which can take several years to complete, FASTBRACES can work much more quickly, just as their name implies.

Instead of taking years to complete, FASTBRACES generally work in less than a year. In fact, some patients can achieve improved alignment in a mere six months!

How to Know If You’re a Candidate for FASTBRACES

FASTBRACES are safe for children, teens and adults alike, and they are effective at treating a variety of alignment issues. That said, they are not suitable for all patients, including those with severe underbites or overbites. To determine if you are a good candidate for FASTBRACES, schedule a consultation with your cosmetic dentist!